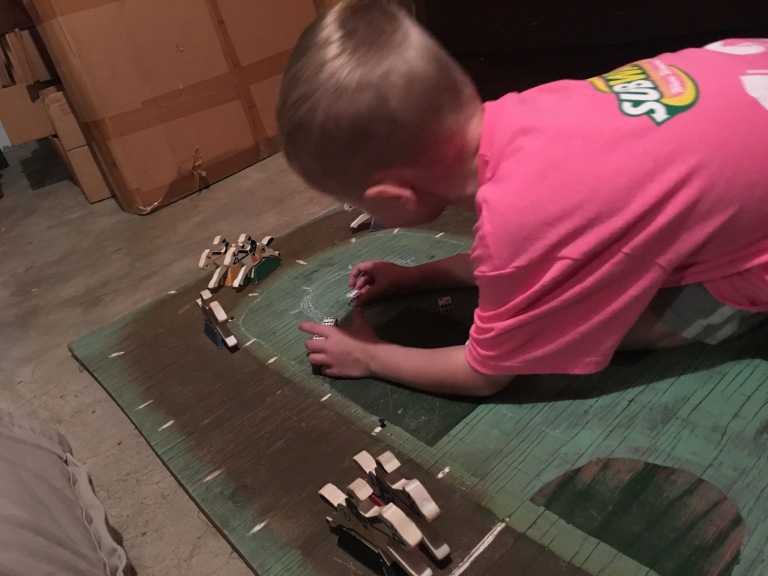 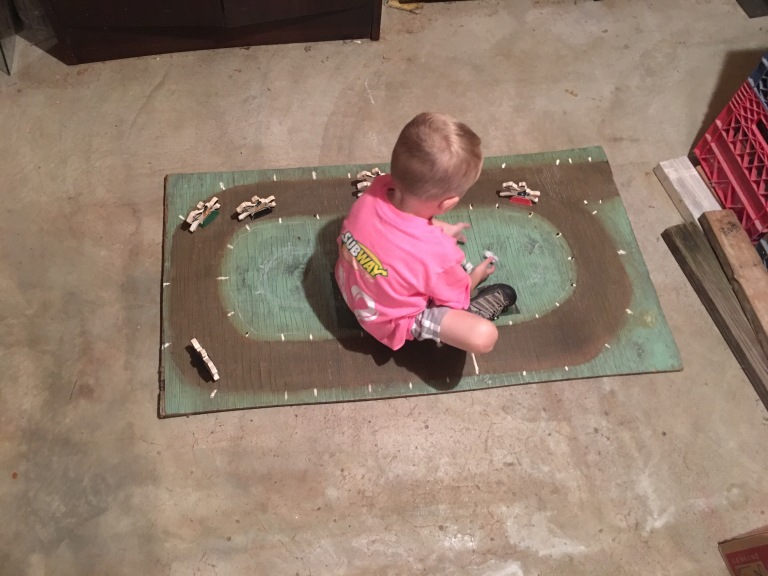 As a little boy, my horse-loving father made his horse-loving son a racetrack on a wooden board. Somehow we got six wooden horses, and I played for years with it. Dice were used to determine which horse got to move. We used old programs for the races. I hammered nails in later for the furlong markers. Then I used chalk to draw a turf course in the infield — hey, there was a time called my childhood when there was no turf racing in Kentucky. No video component, nothing electronic.

Anyway, I eventually outgrew it, and it sat wedged between cabinets in my parents’ basement for 30 years. Until recently.

We unearthed it for my 4-year-old son. He took to it right away and asked to go back Saturday. He calls the races and recognizes the numbers on the dice — even if there’d be a lengthy stewards’ inquiry about whether the lengths the horses move corespond to how often their numbers appear. He calls the races, saying this one is stuck in traffic and that one is “inside out” to the lead.

And to think, something my father made almost 40 years ago is now back in use in a different century, by his grandson (and teaching some math lessons).

I showed a colleague a picture Saturday of Ben playing with the racetrack. She said it should be a Father’s Day blog post — and here it is.

I’m a sucker for Field of Dreams and baseball and fathers and sons having a catch. I think of my dad.

But in my family baseball is on par with horse racing. The racetrack has the same generational pull as the ball diamond. So pardon the sentimentality of this father and son playing a game that my dad made, with dad watching too.

Maybe, 30 years from now, Ben will teach his son to love that racetrack (and instill valuable math lessons, of course). It’s a nice racetrack dream.

Thanks, Dad, and Happy Father’s Day!