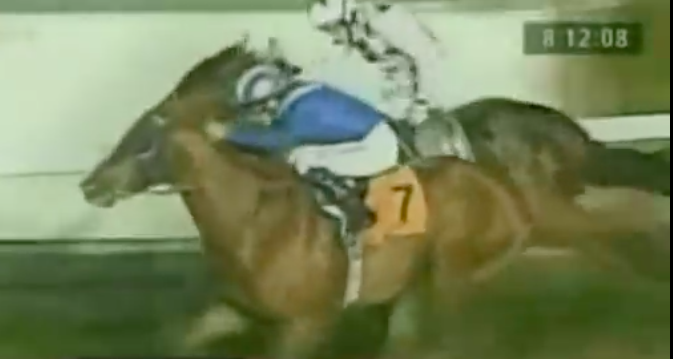 Early obituaries that appeared when the Jockey Club Racecourses recently announced the proposed closure of Kempton Park in London failed to mention its brief place in the history of the Kentucky Derby. The demise hinges on if the Jockey Club gets its price.

Kempton is better known across the pond for steeplechase racing, but it also features an all-weather synthetic track.

Won by Shadwell Stable’s Mafaaz, the stakes was discontinued after its inaugural. Mafaaz didn’t start in the Derby after an eighth-place finish in the Toyota Blue Grass Stakes.

The Kempton announcement (the actual closure for a housing development may be years away) coincidentally comes as Churchill is preparing for a Derby where a Japanese horse is guaranteed entry.

“There is a chance we could return to this concept, or something similar, down the road when international simulcast markets have grown and matured. But the primary issue for Churchill Downs remains timing and having the greatest opportunity to achieve the goals of increasing international wagering on the Kentucky Derby and growing interest among international horsemen to send major prospects (to the Derby).”

This year’s Derby starting gate has a spot reserved for a Japanese horse, should one of the top three point getters in the Japan Road to the Kentucky Derby accept. The latest attempt at internationalizing the Derby field follows Japan-based Lani finishing ninth in last year’s Derby. The horse’s mercurial training created some extra buzz for the classic.

“Horse racing in Japan is a tremendously popular sport … and features some of the most accomplished runners in the world,” Bill Mudd, the president and chief operating officer of Louisville-based Churchill Downs Inc. said in a statement last year. “… We saw sizeable international interest through Lani’s participation in this year’s Triple Crown, and we’re thrilled that, through this partnership, we can add to the worldwide popularity of the Kentucky Derby.”