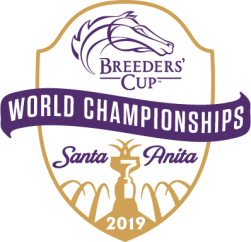 The Breeders’ Cup is back at Santa Anita Park for edition XXXVI. In a year where controversies have made more headlines than superstar horses, maybe it’s good and cathartic to look to the future with these juveniles. If 2019 was the year of “oh no,” “meh” and “ugh,” this lineup makes me excited that there’s a better 2020 out there.

Without further ado, here are my picks, updated to reflect scratches.

Comment: A’Ali is a three-time group-2 winner, including the Group 2 Norfolk Stakes at Royal Ascot, and undefeated with jockey Frankie Dettori in their three races together. This seems right in their wheelhouse. Kimari returns to John Velazquez who has won aboard her twice and rode her to the runner-up spot in the Group 2 Queen Mary Stakes at Royal Ascot. The edge goes to A’Ali as one that might be better suited to five furlongs where two of Kimari’s wins are at five and a half furlongs (even though one of those was a front-running victory). But both have to be used for multi-race exotics. Four Wheel Drive takes a step up in class, but has done nothing wrong. Dream Shot is consistent in the money, but not as much for the win.

Comment: So much for a Pearl Jam reference with Vitalogy scratching. Arizona gets Coolmore go-to rider Ryan Moore back with whom this son of No Nay Never had both of his wins, including the Group 2 Coventry Stakes at Royal Ascot. But this one could be vulnerable in an outside post. Decorated Leader beat Vitalogy at Woodbine and can’t be ignored. Andesite also offers value and figures to improve with a straight trip.

Comment: Trainer Bob Baffert and jockey John Velazquez — both Hall of Famers — don’t team up too often. The last three rides of Baffert horses by Johnny V resulted in two wins — including Bast’s win in the Grade 1 Chandelier Stakes on the Santa Anita oval. This daughter of Uncle Mo gets the edge at a morning line of 7/2 (speaking of the morning line — a 3-1 favorite and three horses at 7/2? Seems unlikely to me, but we’ll see). Wicked Whisper (also 7/2) goes around two turns for the first time after an impressive one-turn mile win in the Grade 1 Frizette at Belmont Park. Her last work was faster than the normal work from trainer Steve Asmussen’s barn, so that adds to her intrigue. British Idiom (also 7/2) drew off at Keeneland Race Course in the Grade 1 Alcibiades Stakes, but this field is a tougher bunch. Finally, the morning line favorite at 3-1 is Simon Callahan-trained Donna Veloce who attempts to go from a nine-length win in a field of six around one turn? That’s way too much of an ask at way too short of a price. Even though she’s working lights out, I’m standing against her.

Comment: Albigna is a Group 1 winner at Longcham and a Group 2 winner in Ireland, and with a three-for-four resume is a pretty good value if the morning line favoritism of 9/2 holds. Daahyeh is a multiple group stakes winner, including the Group 3 Albany Stakes at Royal Ascot and never has been worse than second in five starts — also a value at a 5-1 morning line. Etoile and Selflessly both have to overcome the far outside post positions, but otherwise figure to be in the money.

Comment: The rail post will test Dennis’ Moment, but his geared-down win in the Grade 3 Iroquois Stakes at Churchill Downs shows he has more left in the tank, and his works show he’s ready to show even more. Eight Rings is capable, particularly if Dennis’ Moment misses the break. Other than those two, Iroquois runner-up Scabbard is the only other that I’ll use in multi-race exotics. (I really wanted to put the now-scratched Maxfield in exotics. A slow start at a mile and a sixteenth at Keeneland in the Grade 1 Breeders’ Futurity should have doomed him and he won anyway drawing away. Hoping for big things from this one next year.)